Triguna BV Regent Plaza is a property developed in the fastest growing Kurnool, this is in line with our philosophy of “Sattva” Knowledge to identify the right real-estate that appreciated faster and develop quality construction that is well appreciated and becomes owners pride and neighbours envy. Kurnool is the proposed judicial capital of Andhra Pradesh. It is the 5th largest city of Andhra Pradesh. In terms of population. It is mostly known for being the first capital of Andhra Pradesh, formerly known as Andhra State (1953 – 1956]. The city is often referred to as The Gateway of Rayalaseema. It also serves as the district headquarters of its Kurnool district.

Triguna BV Regent Plaza is situated at the heart of Kurnool with proximity to new RTC Bus Stand and adjacent to Triguna Clarks Inn hotel making this project the best with location advantage with investment that would appreciate in quick time.

Triguna BV Regent Plaza is commercial and residential development consisting of a commercial space in the ground floor and 24 apartments, spread over five floors consisting of 2 BHK apartments planned as per Vastu principles and optimized natural light utility.

Like we said Sattva our wisdom to choose the right property and the right location, further Rajas our ability to deliver the project in a span of 3 years and Tamas is the appreciation that our customers gained while they relaxed. Thus proving that we are committed to our brand promise “Appreciation Guaranteed”. 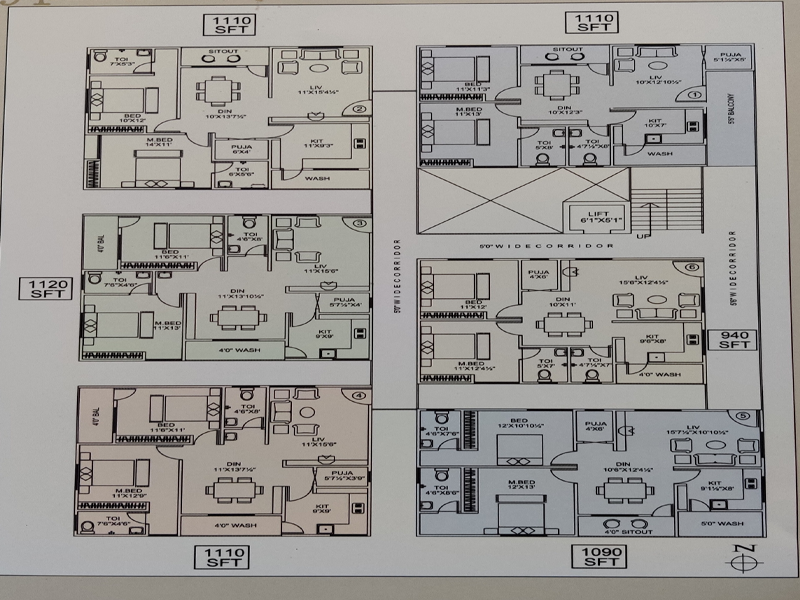